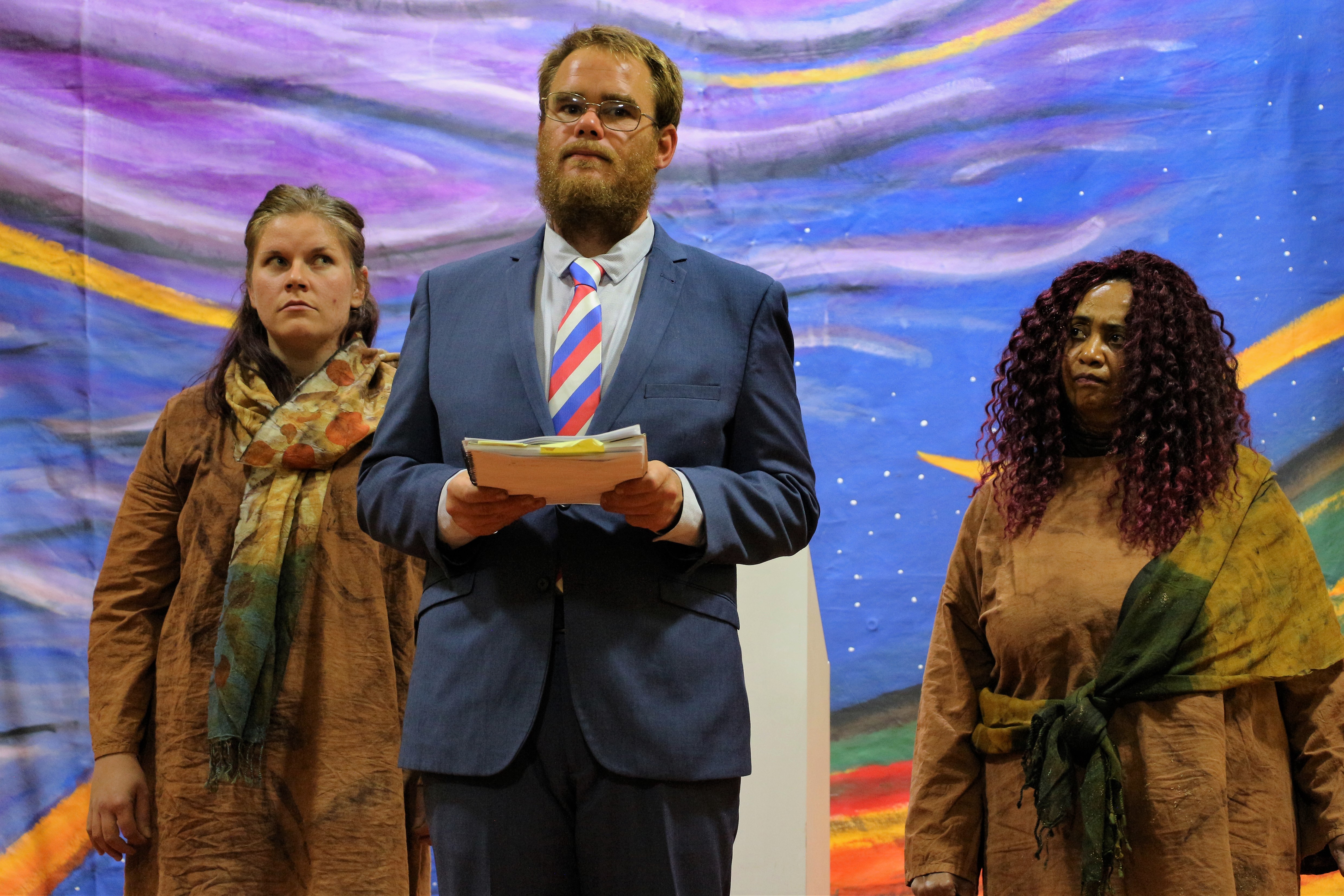 Join us at Eureka Centre on Wadawurrung land for these NAIDOC week performances of ‘Facing Up’ – a unique collaboration between Indigenous and non-Indigenous writers and actors that scrutinises the Federal Governments’ attitude towards and treatment of Australia’s indigenous people from Federation to the present day.

‘Facing Up’ was originally written and directed by non-Indigenous artist Lynden Nicholls for a performance at the Avenue of Prime Ministers in the Ballarat Botanical Gardens. The piece is propelled by a dialogue between non-Indigenous actor Marty Van de Wouw, who recites the words of 30 Australian Prime Ministers, and Indigenous actors and musicians, Trudy Edgeley and Zerene Jaadwa, who concurrently present an elaboration of Indigenous protest. Through their powerful responses to history, Trudy and Zerene give voice to First Nations people whose lives were devastated by institutional racism and discrimination.

‘Facing Up’ takes the audience on an enlightening journey through prime ministerial statements: Alfred Deakin praising the genocide of Indigenous people as something to be ‘thankful for’; Andrew Fisher passing the Northern Territory Aboriginal Ordinance Act where ‘children can be removed by force’ and Billy Hughes’ declaring that Indigenous people ‘cannot marry non-Aboriginal people’. In contrast to these moments of darkness, the hope for change emerges, albeit more recently, in Paul Keating’s “Redfern Speech” and Kevin Rudd’s “Sorry Speech”.

‘Facing Up’ seeks to galvanise community spirit and solidarity by building social understanding about our shared history.

This series of ‘Facing Up’ is presented by the Eureka Centre for NAIDOC Week 2021 and proudly supported by the Regional Arts Fund administered by Regional Arts Victoria.