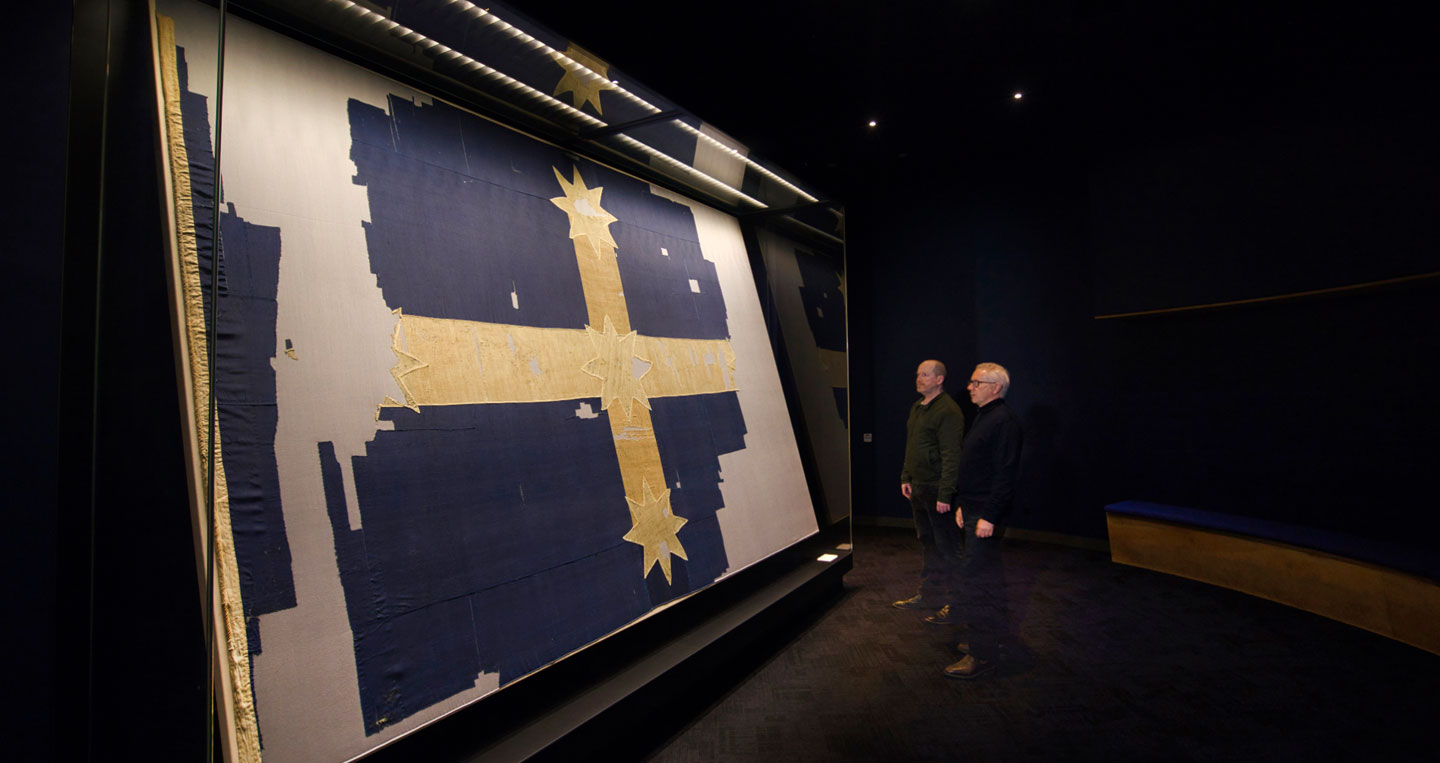 Welcome to the Eureka Centre Ballarat.

Each year we welcome people from around the world who seek a meaningful connection to one of Australia’s most significant foundation stories – the Eureka Rebellion.

At the Eureka Centre, we explore the social history and cultural impact of the Victorian gold rush and honour the stories of the men and women who risked their lives in the ﬁght for miners’ rights.

The Eureka Centre is located at the Eureka Stockade Memorial Park, considered to be the site of the 1854 Eureka Stockade where the rebellion took place. It is home to one of Australia’s most compelling historic artefacts – the Eureka Flag.

The Eureka Stockade Memorial Park is a place to contemplate the events of Eureka. The many layers of Eureka commemoration are reflected throughout the park in its significant trees, interpretive plaques and monuments that honour those involved in Eureka Stockade. 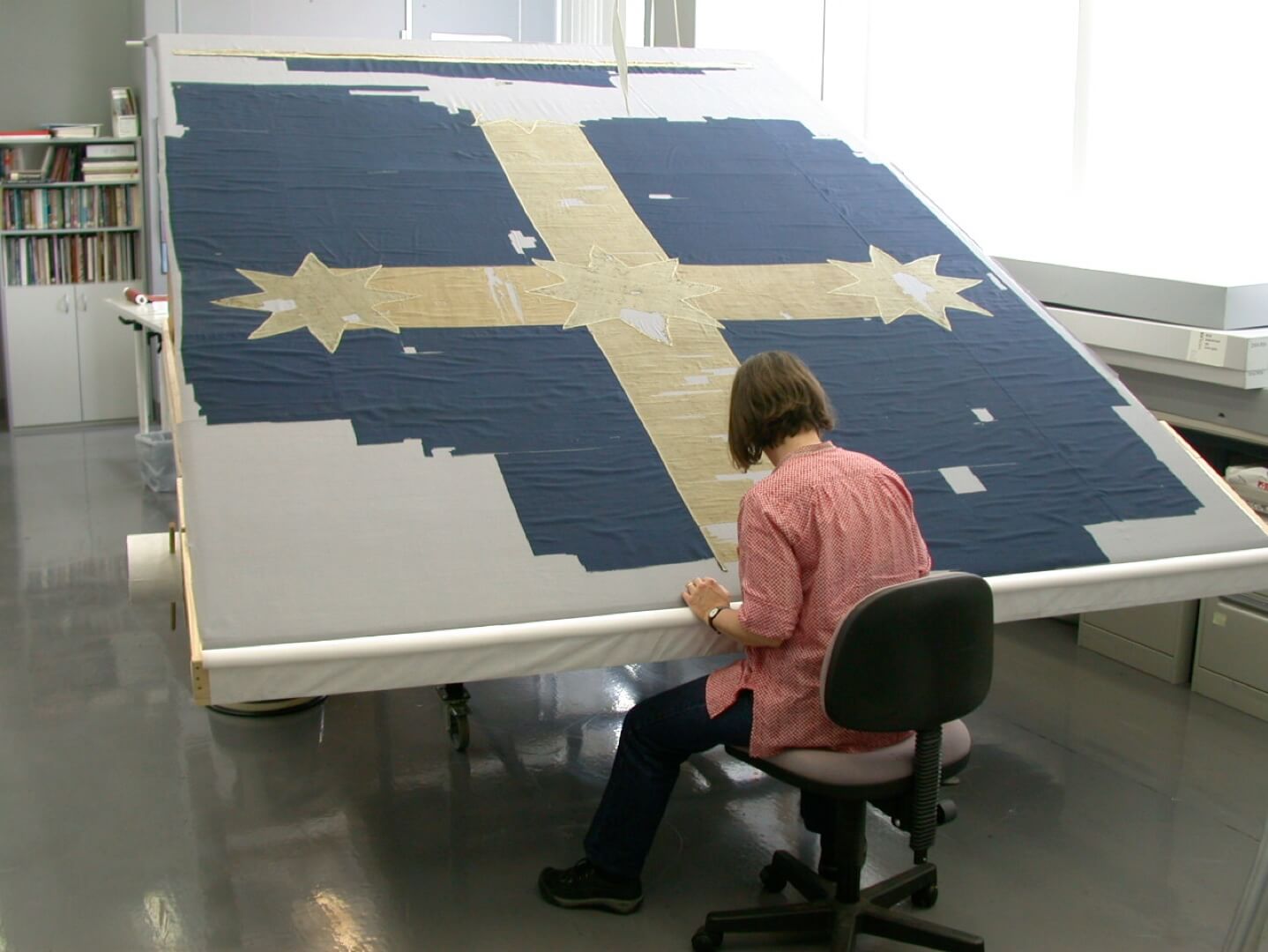 The Eureka Stockade was a hastily erected wooden fort. It was just as quickly dismantled following the attack by government forces on 3 December 1854. Therefore, no tangible evidence of the structure remains. However, significant archaeological evidence was uncovered at the site between 1996 and 2012 that dates to the time of the Eureka Stockade.

People visit The Eureka Centre for many reasons. Some are descendants of those involved in the battle, others come to reflect on Eureka’s profound impact on Australian democracy and culture.

Many people have strong feelings about Eureka; there are differing interpretations of both its history and legacy. We recognise the value of diverse opinions and are here to help guide visitors through the Eureka story and site experience.

eureka-centre
Expand all Close all 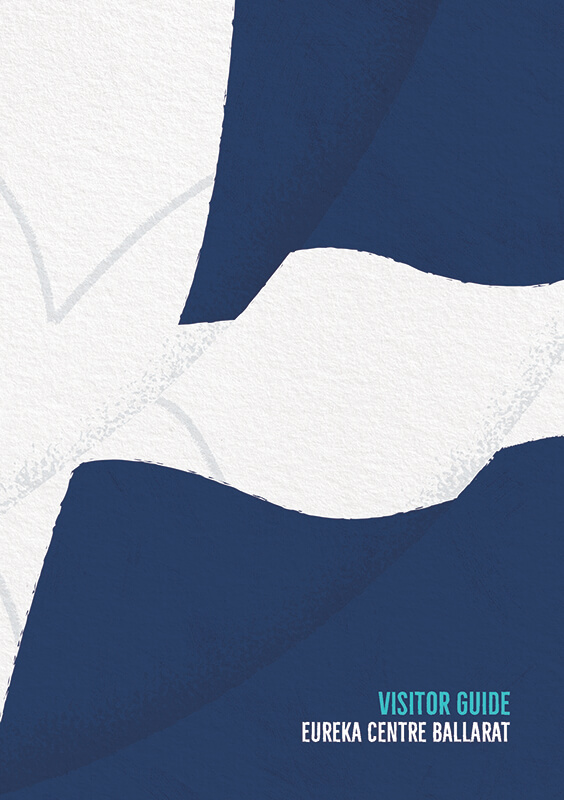 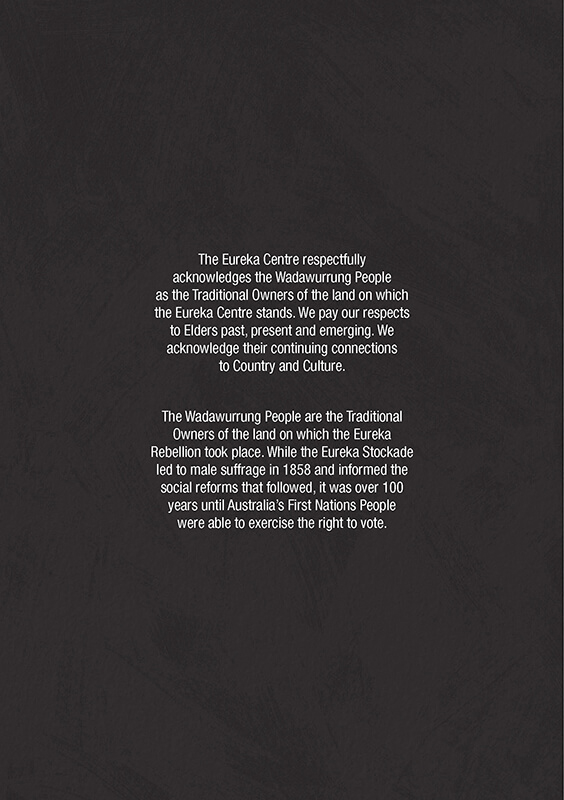 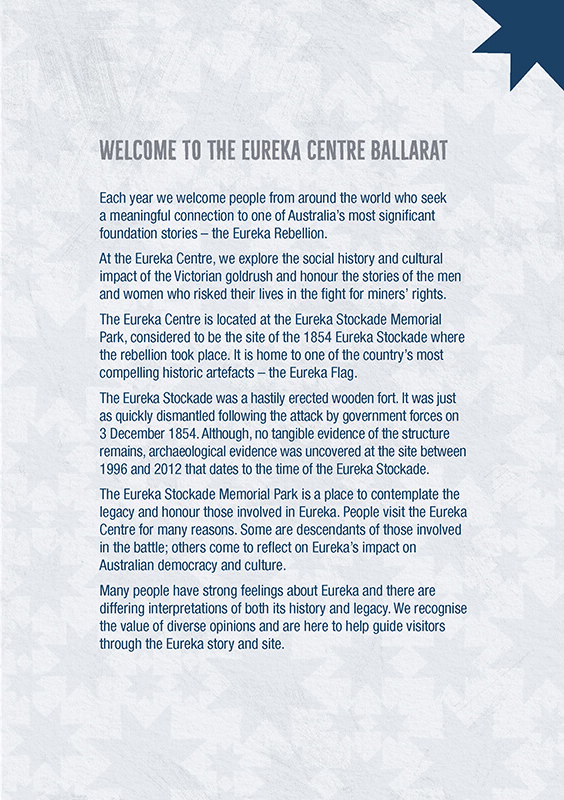 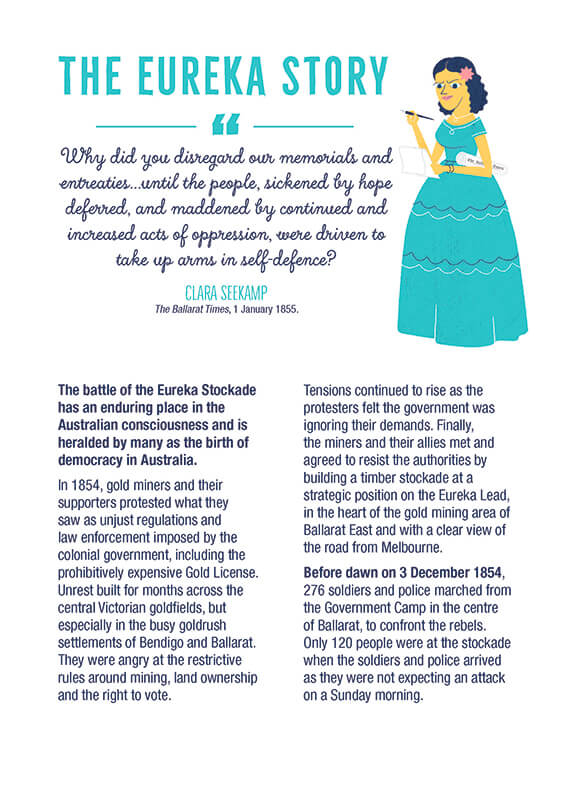 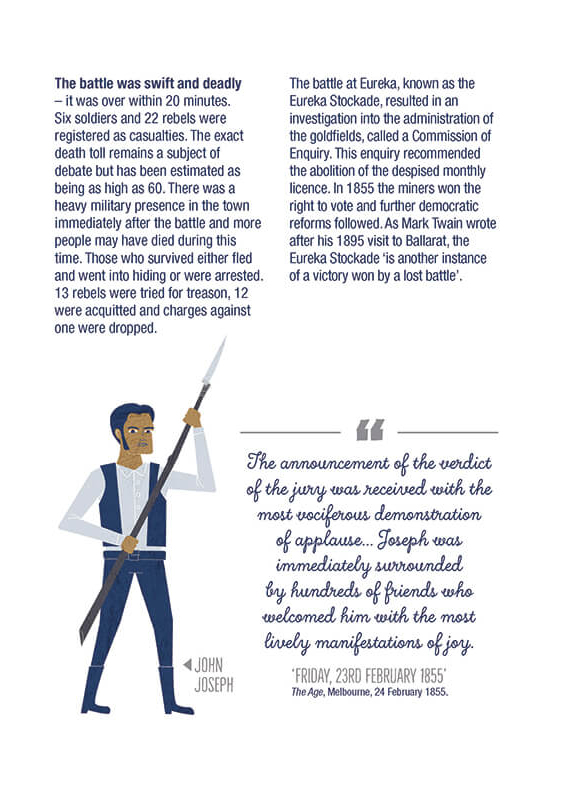 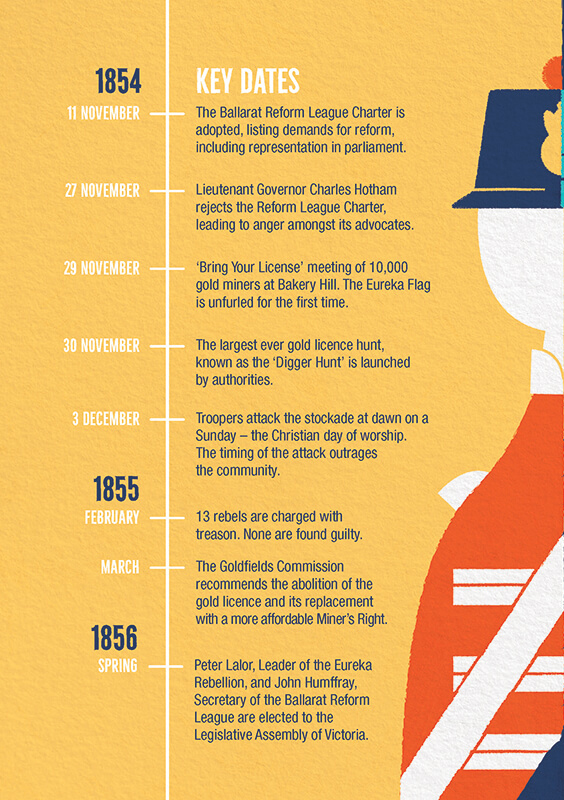 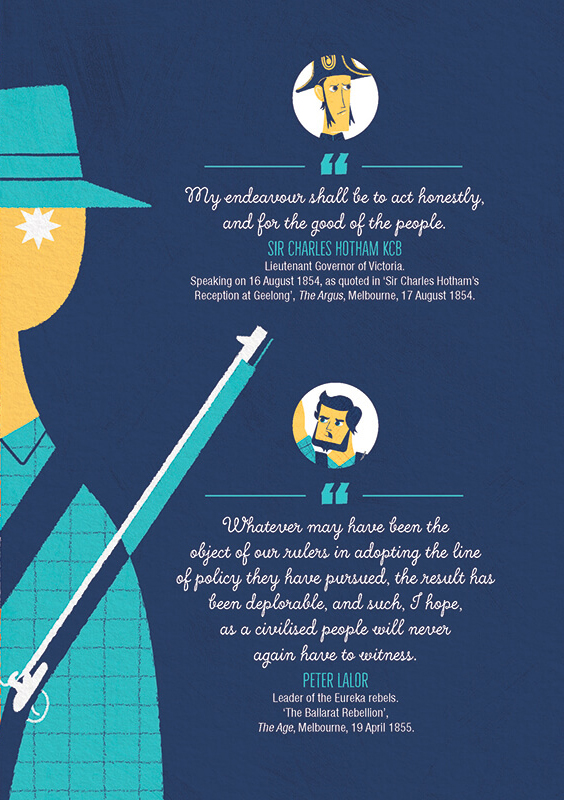 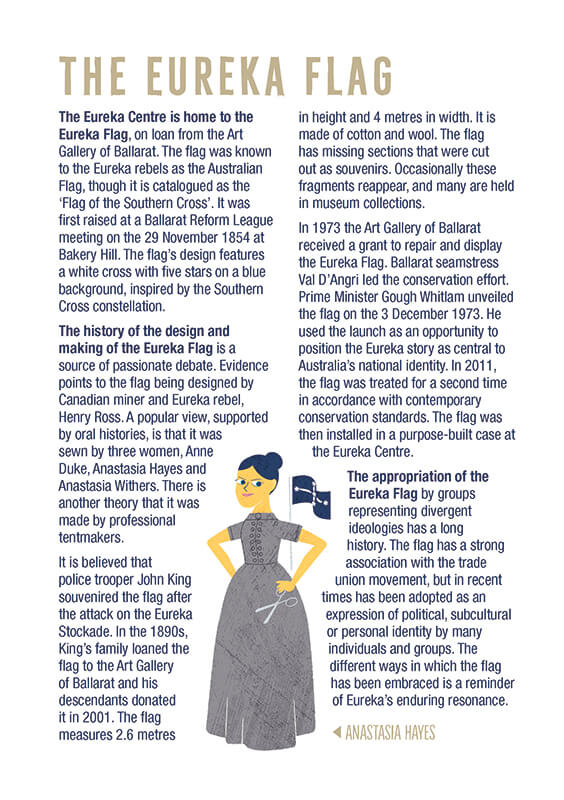 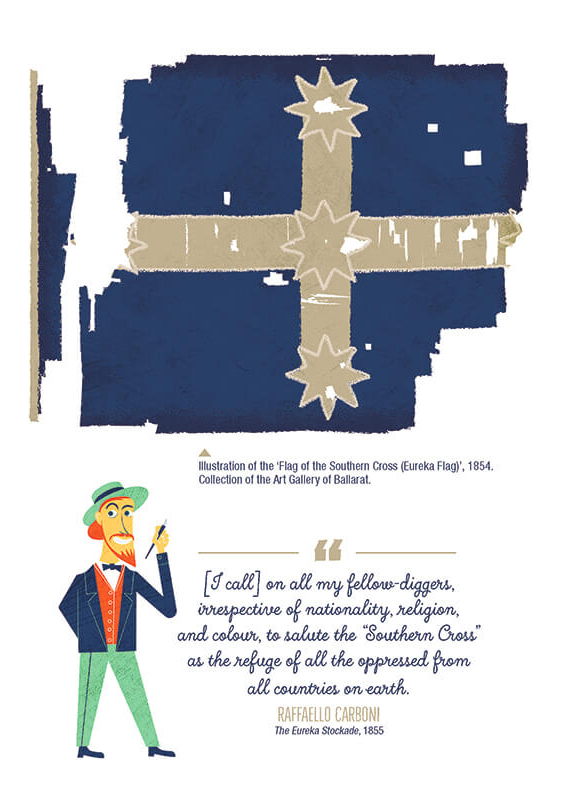 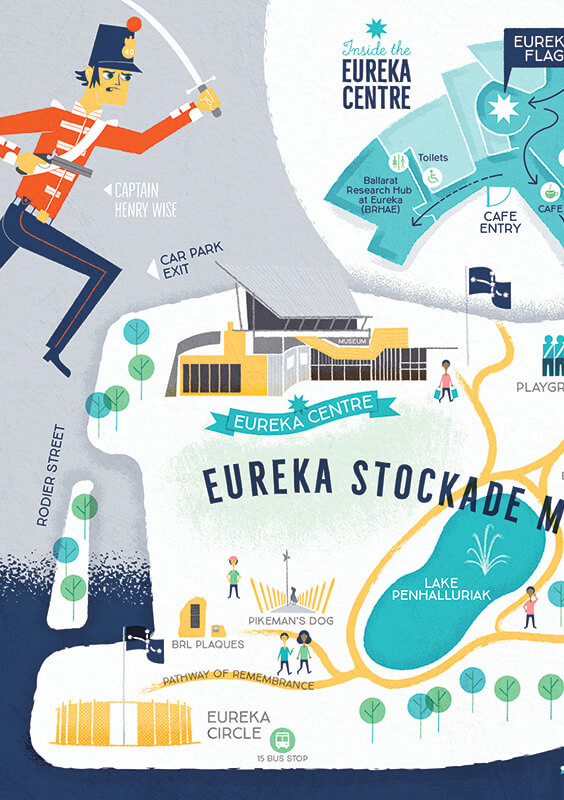 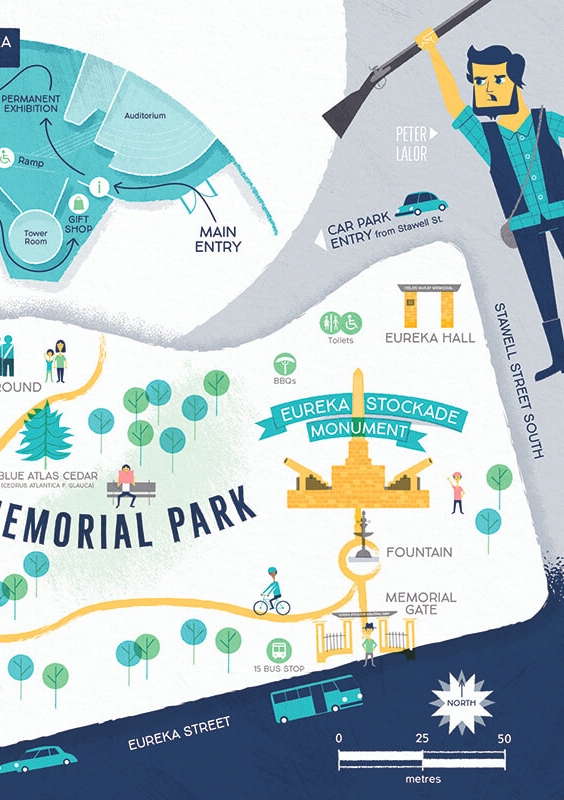 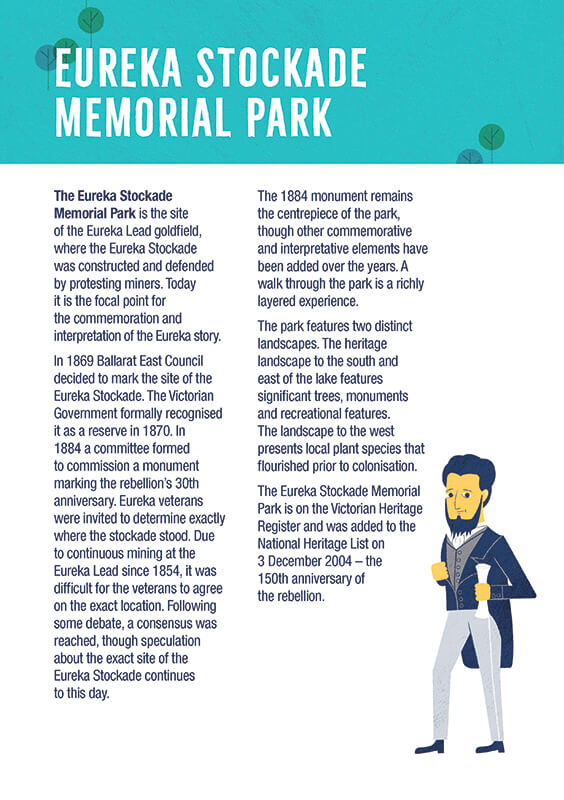 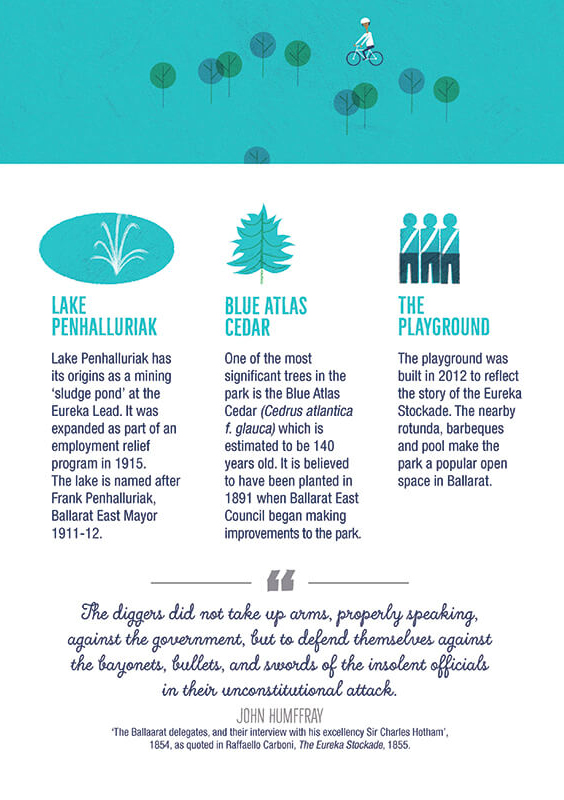 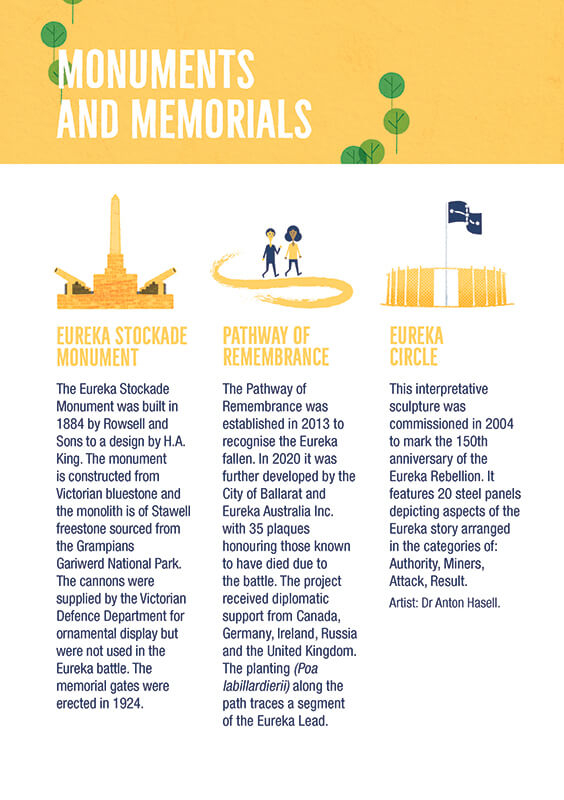 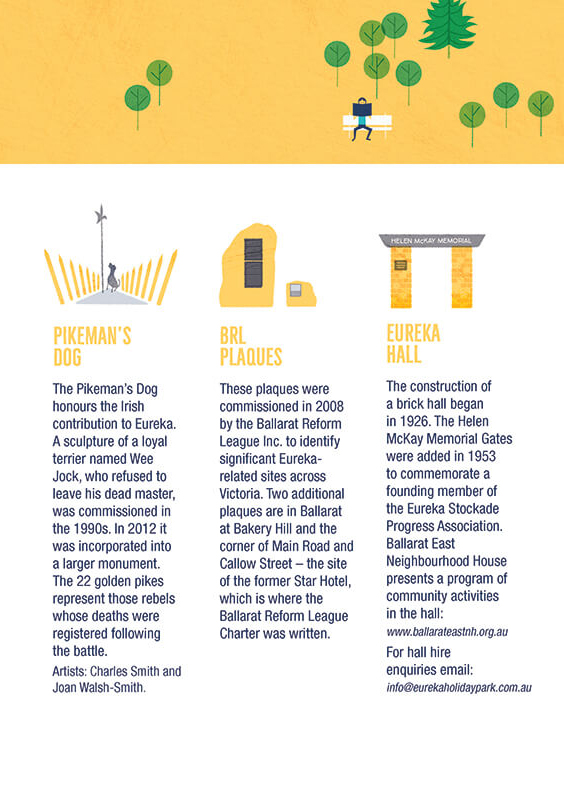 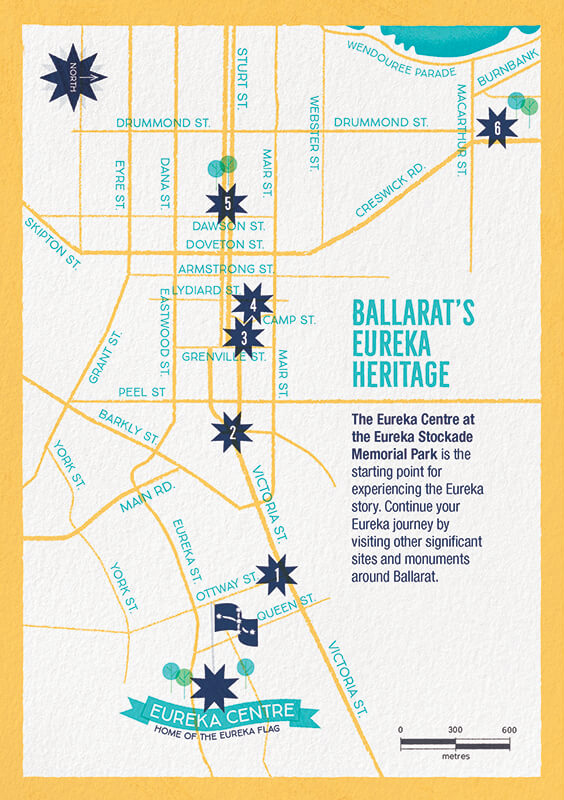 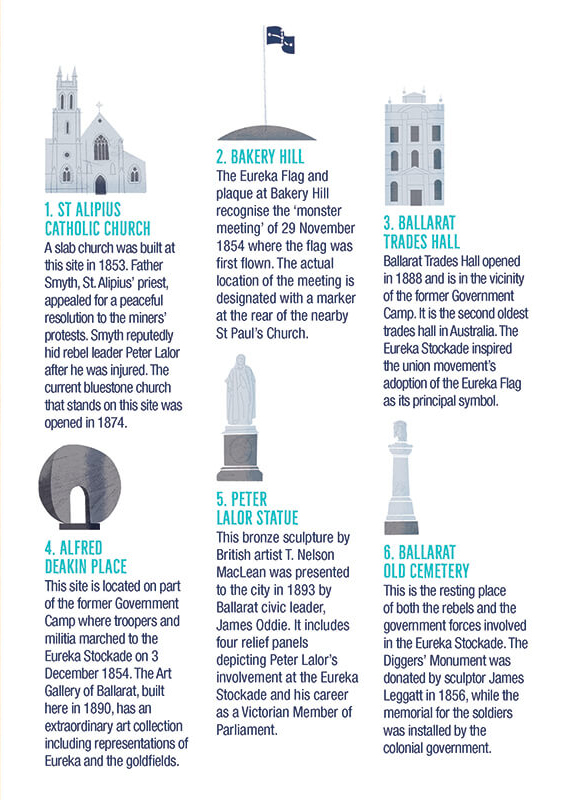 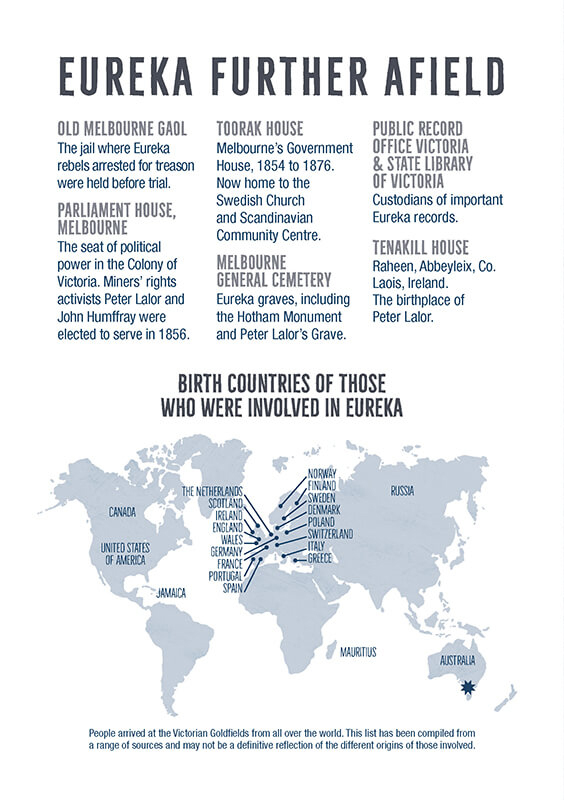 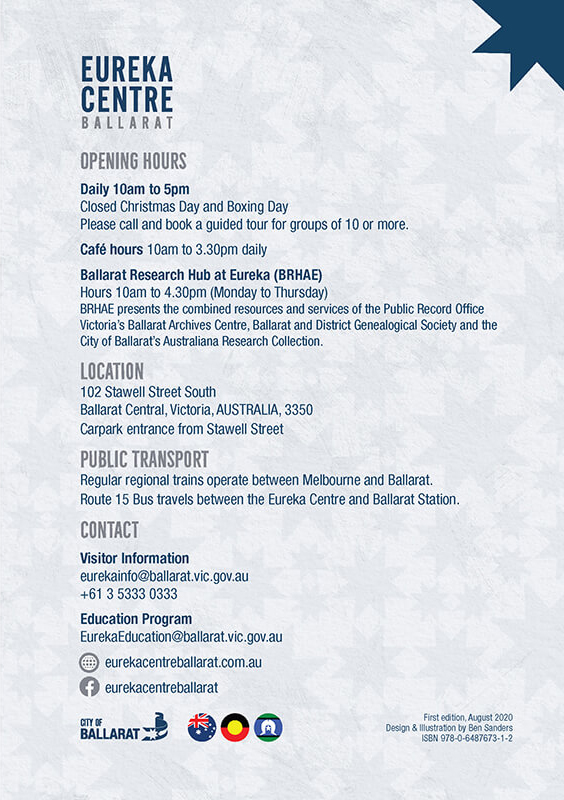 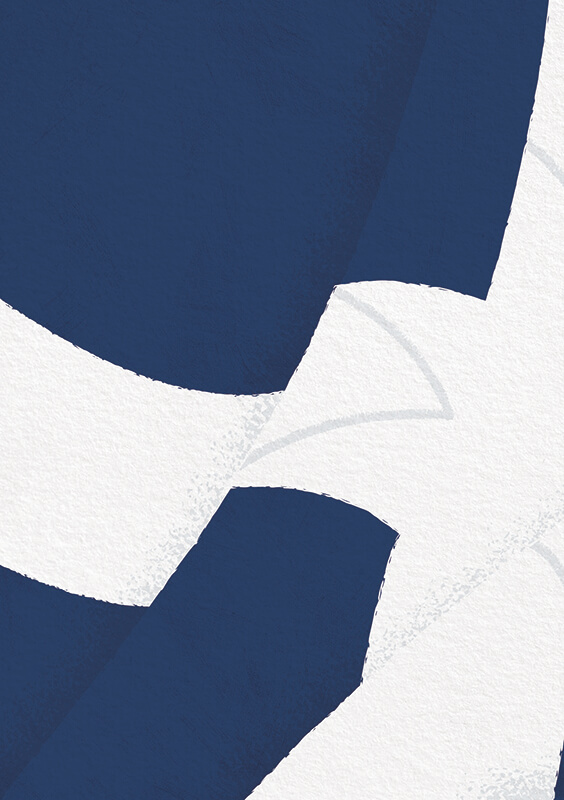 The story of the Eureka rebellion is at once a profound and compelling Australian and global story. It is a touchpoint in Australia’s history, designated as a place in time where the foundations of Australian democracy were laid. Eureka is seen as the embodiment of hope and struggle in the face of adversity and has become a beacon for equality, unity and the right to a fair go, which now lies at the heart of the Australian spirit and identity. Eureka’s broad appeal to different sets of values, aspirations and ideals has ensured it continues to endure and resonate even after several generations.

Eureka Centre Ballarat is the custodian of the Eureka legacy and is located at the National Heritage-listed Eureka Stockade Memorial Park – the purported site of the Eureka Stockade. Given the strong community interest in the Eureka story and site, an Interpretation Plan has been developed in response to community consultation. The plan will ensure that the Eureka Stockade’s heritage values are protected and its story is interpreted for a range of diverse audiences into the future. 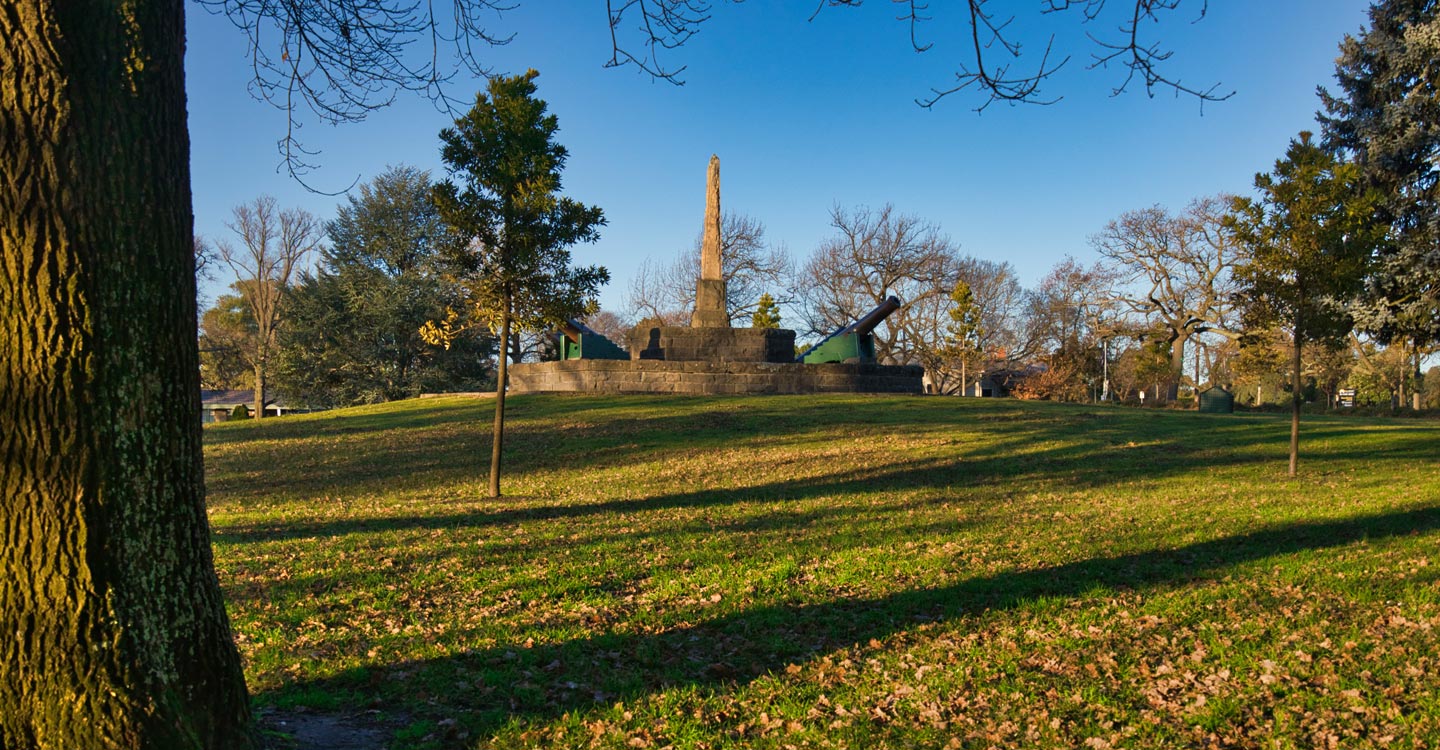