Family history researchers visiting the Ballarat Research Hub at Eureka (BRHAE) sometimes discover that a forebear went to Grenville College in Ballarat. The two questions that generally follow are what was Grenville College, and where was it situated? To help answer these questions and more, here a brief history of Grenville College.

Grenville College was a Methodist educational establishment that began in 1860 as the Ballarat Collegiate School, situated in Creswick Road, Ballarat.  The school was established under the auspices of Mr John Victor. (1)  In January 1862 Victor opened Grenville College and combined it with the Ballarat Collegiate School. He relocated the school to Holmes Street, Ballarat in 1862. (2)

Historian Weston Bate states that there were six reasons Victor established Grenville College:
1. A desire to strengthen the Methodist faith in the next generation,
2. Self- improvement,
3. University entrance qualifications,
4. To support Methodist miners who wished their children to receive a Methodist education,
5. To support dedicated laymen who wished to receive a Methodist education,
6. To establish a work ethic in students that would last them into adult life. (3)

The school opened with 30 pupils with Victor serving as its first headmaster, a position he held for nearly twenty years. Victor, a deeply religious man in the Methodist faith, studied at Trinity College in Dublin for his English Honours degree. (4) Historian Herbert Breach wrote, “His aim in merging Collegiate School and creating Grenville College was that he would create a blend of the classic model of education with the English Commercial class to provide a wider choice to pupils of the college”. (5)

When Victor finished his tenure as headmaster in 1880 the school had grown to 75 pupils. It was also co-educational and was taking boarding students as well. “There were very few concerns in the classroom as discipline was perceived as the cornerstone of education at the time”, wrote Breach. (6)

In the 1870s John Victor relocated the college from Holmes Street to a larger building at 190 Sturt Street, Ballarat. Arthur Buley became the college’s second and last headmaster in 1880. He served in this position until the college closed in 1910. Buley was born in Geelong in 1854, the son of James Buley who was associated with some of the earliest building projects in the Ballarat region. Arthur studied at Melbourne University where he obtained a Master of Arts with first class honours. (7)
Writing in The Courier in 2004, journalist Peter Butters explained, “Buley was a staunch Wesleyan catering for a Wesleyan student. He urged his students to be ambitious, but stressed excellence was only achieved through discipline and hard work”. (8)

Around the time of Buley becoming Headmaster, the school relocated from Sturt Street to 520 Mair Street, Ballarat to a building which still stands today. Butters described the school building as having “commodious classrooms and being a 5-minute walk from the railway station”. (9) Boys and girls were taught a similar curriculum together. Subjects taught included Scripture, Commercial studies, English (Shakespeare), French, German, Latin, Arithmetic, Algebra, Ancient and Modern History, Science, Music, Geography and Greek was optional. (10)

Breach informs us that, “the subjects reflected the ethos of the school which was to provide a mathematical, classical and commercial education to prepare students for university, if they wish to attend, or more broadly life in general. This tradition of scholarship was developed early in the school’s history and continued throughout its existence.” (11)

Boarders at the college would take their meals with Arthur Buley and his family. They studied for one hour before breakfast and for two hours in the evening under the supervision of Buley. Attendance at Sunday school and church was expected. (12) Students at the school were visited at the school twice a week by Sergeant-Major Brough for classes in gymnastics and cadet drill. Butters writes that “Mr. W. L. Paine also thoroughly trained the students in reading with clear articulation and recitation”. (13)

Grenville College had the distinction of educating two Australian Prime Ministers, John Curtin and Sir Robert Menzies. The exact dates of Curtin’s attendance are not clear, but newspapers reports make numerous mentions of him attending the school. (15)

Menzies studied at Grenville College from 1908-1910. He won two awards for academic excellence. In 1962 Robert Menzies opened a new wing at Ballarat College. In his speech before the official opening, he recalled his days at Grenville College: "It was a small school, and when I look back on those days, towards the end of the first decade of the century - many of you won't remember it - I remember Grenville College; a school so small that I got a game in the football team." (16)
Other notable alumni included poet and journalist Bernard O’Dowd, Sir Hubert Nicholls, Tasmanian politician and judge, and Dr Burnet Hall, Chairman of the Board of Health.

Grenville College’s motto was DISCIMUS NON SCHOLAE SED VITAE, which, when translated from Latin, means “learn not for school, but for life”.  When looking at the lives of the former pupils mentioned above and other notable students at the school, while small in size, certainly achieved it aims. 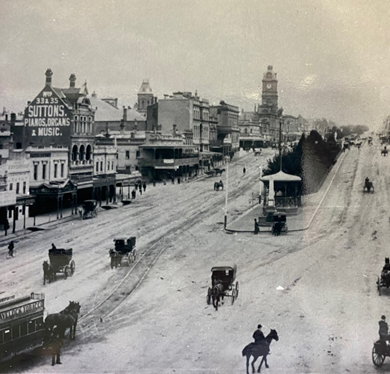 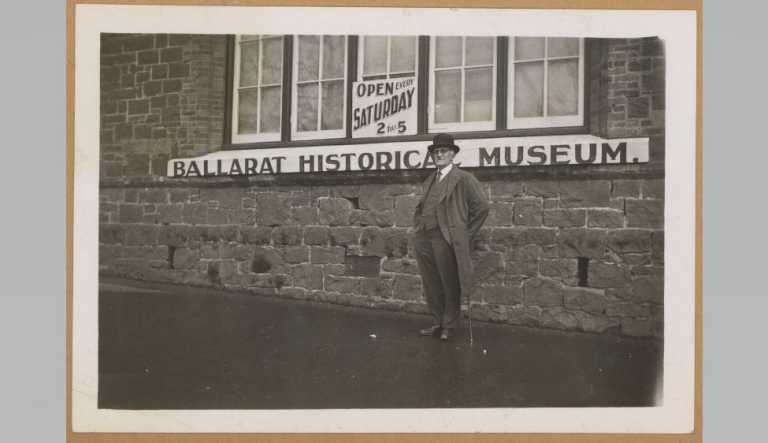 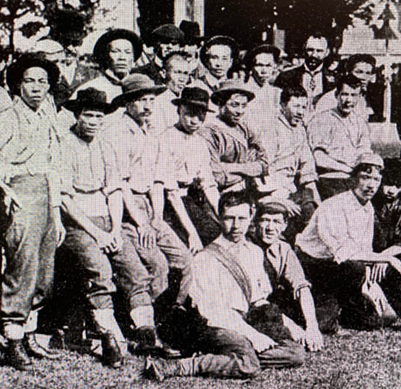